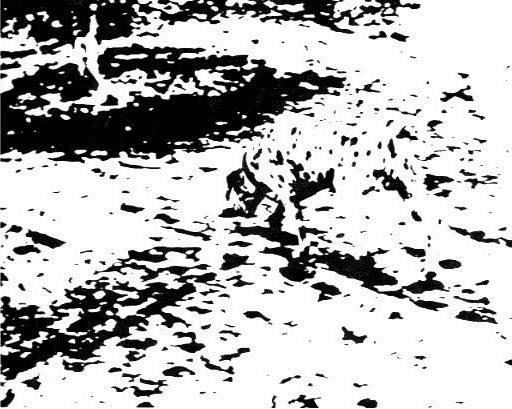 Doctor Iain McGilchrist will soon be in Australia to present to the 2017 Annual Conferences of Judges of the Federal and Supreme Courts of Australia. Dr McGilchrist is a psychiatrist and a former reader in English at Oxford University. Dr McGilchrist’s most recent book, The Master and His Emissary, has been discussed in an illustrated TED talk and is also the subject of an upcoming documentary.

One of the many interesting concepts discussed is the notion of the ‘gestalt’ in cognition and understanding. Comprehending the gestalt may be thought of as the appreciation of something as more than the sum of its parts – for example, the “ah-ha!” moment when meaning emerges from the image above.

Once the Dalmatian is perceived it becomes obvious, even though it is not ‘built’ from the component black blotches of the image. Appreciation of the gestalt is something for which the right hemisphere has a much great facility than the left. It excels in understanding context and individuality.

The left hemisphere, in contrast, tends to work with logic and analysis, systems, models, representations, classing and sorting, and so on. It assembles component parts into a known whole, to move in a linear fashion from a starting point to a finishing point – whether or not this remains in the proper context.

Ultimately both of these approaches are needed for problem-solving. Unfortunately, in engineering, there is sometimes a tendency to treat analysis as the whole of the solution. This particularly presents problems when the analysis is seen as ‘true’ or ‘real’. Ultimately a model is literally a re-presentation of the world – a simplified system built in terms that (we believe) we understand. As the statistician George E. P. Box noted, “all models are wrong, but some are useful”.

However, it is very difficult, and sometimes impossible, to simultaneously appreciate a gestalt and its components. As soon as one focuses absolutely on one blotch in the picture above, the Dalmatian disappears.

R2A has found an effective approach to problem-solving is the following ‘V’ process. The example below is for a generic safety issue, but the approach may be adapted to any problem.

One key is the understanding that detailed analysis may or may not be needed. Each problem is individual and unique, and providing convincing solutions to different groups of stakeholders each facing the same problem will often require different levels of detail. Keeping this in mind during analysis, with an understanding of the high level problem context and solution goals, assists in delving only to the analytical depth necessary.

A second key is the recognition that this is not a linear process. It may take the form of an ascending spiral, continually reviewing and refining past ideas as it moves towards resolution. Or a solution may, as with the Dalmatian image above, simply emerge from the assembly of data, as a picture coming into focus.

Either way, retaining the context and individuality of each problem is paramount to developing good solutions – engineering’s ultimate aim.