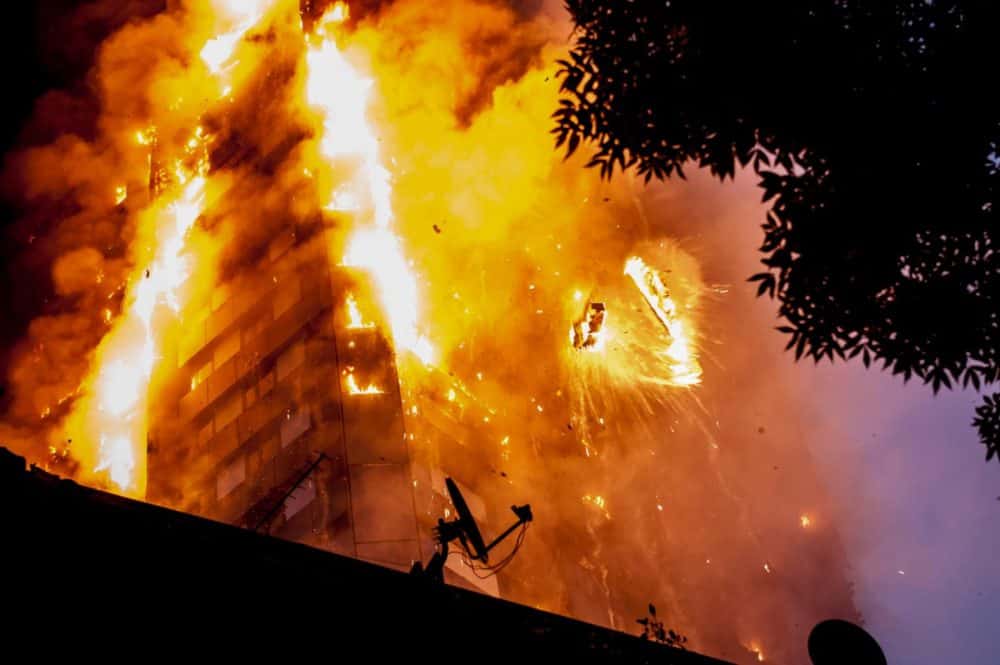 A recent New York Times article presents a view as to what bought about the Grenfell tower fire disaster. It’s depressing reading, as it is clear that the hazards of associated with combustible cladding of aluminium-sheathed polyethylene and the like were a well-known fire hazard.

Personal memory as a young fire protection engineer being trained by Factory Mutual in the US in the ‘70s recalls being exhorted to ensure robust attachment, managed flue spaces and endless sprinklers as industrial de rigueur.

The most alarming aspect of the NYT article is the argument that, despite repeated warning from competent parties, the regulators and politicians put the financial interests of the construction industry before safety. The article goes on to imply that had regulations banning this type of combustible cladding been in place (as is the case in many other countries), there is a significant chance that the Grenfell fire would not have occurred.

Whilst we suspect this to be true, the NYT argument, from R2A’s perspective, is flawed.

The UK Work Health and Safety at Work etc Act (1974), like the Victorian OHS ACT (2004) and the model WHS Acts in Australia calls up the legal principle of due diligence to a SFAIRP standard. That is, a known hazard should be eliminated, so far as is reasonably practicable, or if not eliminated, reduced so far as is reasonably practicable. The dangers of combustible external cladding in buildings are well known, as are the recognised good practice precautionary options available to manage them. Demonstrating due diligence that this has been achieved is morally sound and commercially obvious. It is also the law.

This suggests that the officers of the organisations responsible for the construction, approval and installation of the cladding all failed their duty of care. The question of whether or not specific regulations for combustible cladding were warranted is, in one sense, beside the point.

As we’ve previously stated, it is impossible to implement legislative prescription of specific safety measures for the essentially infinite ways in which people may be damaged. This is the reason for the qualifier ‘reasonable’ in overarching health and safety duties of care.

So then what is the purpose of health and safety regulations? Regulations are hindsight-driven legislation intended to mandate specific examples of recognised good practice. They often appear to arise from historical lessons. They set out minimum requirements that must be achieved under statutory law (as distinct from the less specific recognised good practice that is the minimum requirement under the common law). Regulations set a benchmark that must be achieved, but do not provide any guarantee that any overarching duty of care implied by a regulation’s superior Act is satisfied. And as the world changes, hindsight-driven regulations necessarily can't keep up.

However, regulations and (even more commonly) standards called up by legislation are often seen as compliance targets. This appears to have a number of causes. One is the compliance culture that integrated with risk management a number of years ago. This had advantages, including a focus on consistency and documented decision-making processes. However, it can also lead to safety risks being addressed in a check-box fashion, and a lack of understanding that when dealing potential future events, some personal judgement is always required.

A second cause appears to be the increasing level of detail in some regulations. When designing and building to the Building Code of Australia, for instance, there are literally hundreds of pages of requirements that must be understood and addressed. There are, we are sure, good reasons for each BCA requirement, but the minute detail given can impart a false sense of completeness when addressing safety issues. In our experience, compliance with the BCA is often seen as the goal, rather than a component of a safety due diligence argument.

And, as we’ve also previously noted, when one asks any engineer if simply complying with regulations will make something safe they invariably laugh. Mere compliance with regulations does not make anything ‘safe’ per se, although it can prevent certain responsible parties (those with a duty of care) from going to jail if bad things happen. This is most certainly not the intent of any health and safety legislation.

Regulations prohibiting combustible cladding of aluminium-sheathed polyethylene are now a significant possibility in a number of jurisdictions, including Australia and the UK. But such regulations will not ensure developers and builders satisfy their overarching duty of care, merely that there is another target to meet. A wider focus on safety due diligence is needed.

Investigations into these fires are still underway in London and Melbourne, with the Victorian Government appointing a taskforce led by architect and former premier Ted Ballieau. We will watch their outcomes with interest.