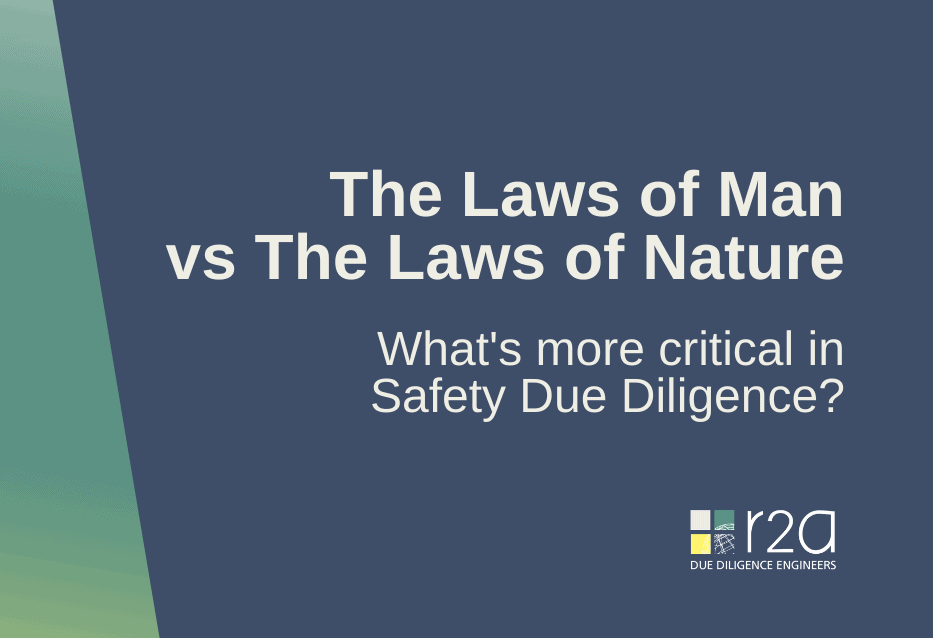 One of the odder confusions that R2A happens upon is the proposition that the laws of man are always paramount in all circumstances. It seems to occur most often with persons who work exclusively in the financial sector.

From an engineering perspective, this is just plain wrong.

When dealing with the natural material spacetime universe, the laws of nature are always superior.

After some cogitation, we suspect that this confusion results from the substance of which the financial parties contend, specifically, money.

Sometime ago, over lunch with a banker out of Hong Kong, it was pointed out by R2A that money wasn’t real. The banker expressed surprise and asked what we meant by that. Our reply was that money does not exist in a state of nature. For example, it does not grow on trees. It is a human construct which prosperous societies apparently need to succeed, but of itself, is not directly subject to the laws of nature.

The banker’s response was to ask us not to mention this to anyone.

From this, we conclude that for financial people at least, compliance with legislation and regulations made under it that directly applies to the concept and use of money does demonstrate financial due diligence since the laws of nature are simply not relevant.

To demonstrate safety due diligence requires that the laws of nature are understood and managed in a way that satisfies the laws of man – in that order.

Remember that, legally, safety risk arises because of insufficient, inadequate or failed precautions, not because something is intrinsically hazardous.

For example, flying in a jet aircraft or getting into low earth orbit is intrinsically hazardous, but with enough precautions, it’s fine.

Leave a critical precaution out or let one fail and you will crash and burn. It’s inevitable.

Much the same has been happening with the Covid-19 crisis as discussed in our blog a few months ago (read article here).

Going directly to a political fix without understanding the science is going to hurt. Getting both right is necessary, but it has to be in the right sequence.

Postscript: Risk, as a concept, has many of the same problems as money. It’s a human judgement about what might happen.

For example, consider the use of the popularly used heat map shown below.

Most users spot-the-dot to characterise the risk associated with a particular issue. But technically it is necessary to know the actual shape of the risk curve for that hazard (the wriggly line going from left to right) which is difficult for real spacetime hazards let alone human judgements of no-material constructs like money.

Strictly it’s also necessary to integrate the area under the risk curve (shown as the darkened area), which is never done. This just goes to show how flexible the concept of risk can be.