Why Due Diligence is now a 'Categorical Imperative' 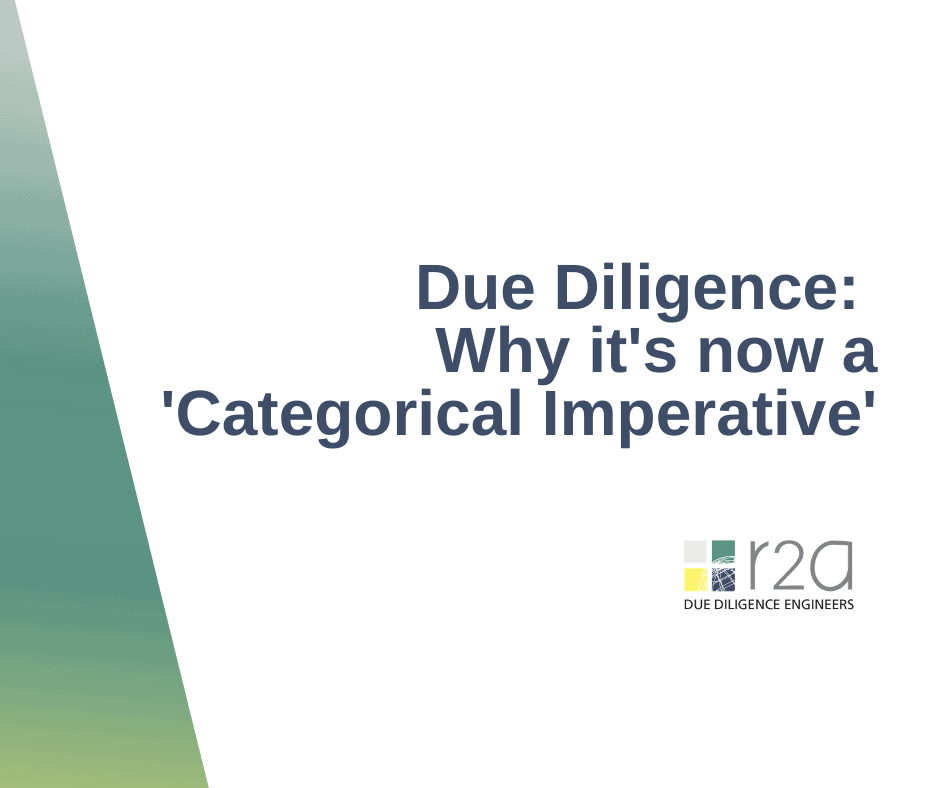 The adoption of the model WHS legislation in Australasia is now practically complete with the passing of the act by the Western Australian parliament.  Whilst yet to be proclaimed, the WA version includes criminal manslaughter provisions with a maximum penalty of 20 years for individuals.

Victoria is now formally the only state not to have adopted the model WHS Act, although this is practically inconsequential, as the due diligence concept to demonstrate SFAIRP (so far as is reasonably practicable) is embodied in the 2004 OHS Act, and the criminal manslaughter provisions of same commenced on the 1st of July this year.

New Zealand adopted the model WHS legislation in the form of the Health and Safety at Work Act 2015. Judging by the number of commissions R2A has had in NZ in 2020, it has come as a bit of a surprise to many, particularly to those using the hazard-based approach of target levels of risk and safety such as ALARP (as low as reasonably practicable), that these have been completed superseded by the new legislation and cannot demonstrate safety due diligence.

New Zealand has not presently adopted the criminal manslaughter provisions being introduced into Australia, but it did include the significant penalties for recklessness (knew or made or let it happen) with up to 5 years jail for individuals.

In all Australasian jurisdictions, regulators appear prosecutorially active with a number of cases presently under investigation and before the courts. For example, the White Island volcano incident in New Zealand which killed 22. Ten parties and 3 individuals have been charged.

Perhaps what has surprised many in NZ is the observation by NZ Worksafe, that for critical (kill or maim) hazards like volcanic eruptions, it only has to be reasonably foreseeable, not actually have happened before. That is, the fact that the hazard has not occurred before is not sufficient to warrant not thinking about it any further.

All in all, due diligence has become endemic, to the point that it has become, in the philosopher Immanuel Kant’s terms, a categorical imperative.

That is, our parliamentarians and judges seem to have decided that due diligence is universal in its application and creates a moral justification for action. This also means the converse, that failure to act demands sanction against the failed decision maker, which is being increasingly tested in our courts.