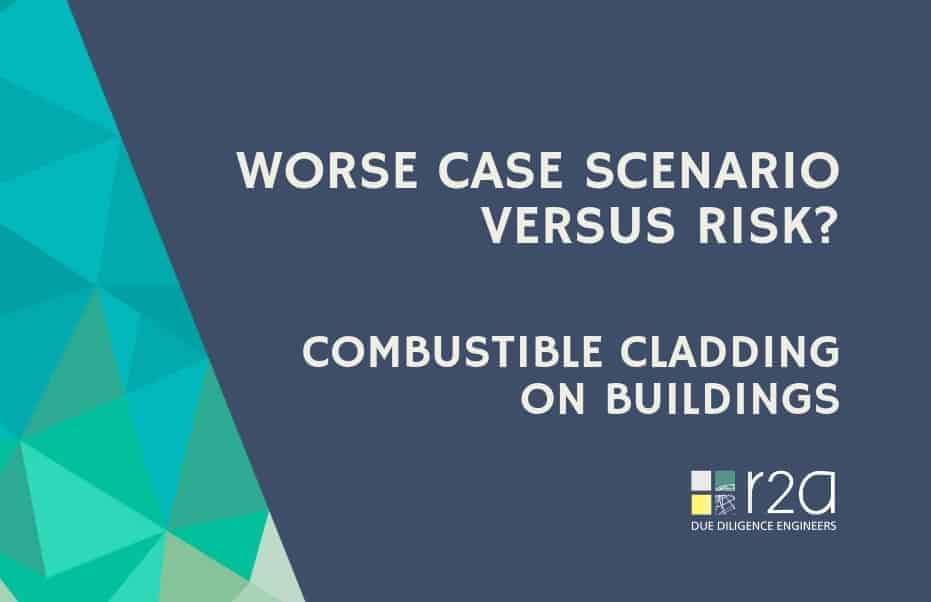 The start of 2019 has seen much media attention to various incidents resulting from, arguably, negligent decision making.

One such incident was the recent high-rise apartment building fire in Melbourne that resulted in hundreds of residents evacuated.

The fire is believed to have started due to a discarded cigarette on a balcony and quickly spread five storeys. The Melbourne Fire Brigade said it was due to the building’s non-combustible cladding exterior that allowed the fire to spread upwards. The spokesperson also stated the cladding should not have been permitted as buildings higher than three storeys required a non-combustible exterior.

Yet, the Victorian Building Authority did inspect and approve the building.

Similar combustible cladding material was also responsible for another Melbourne based (Docklands) apartment building fire in 2014 and for the devastating Grenfell Tower fire in London in 2017 that killed 72 people with another 70 injured.

This cladding material (and similar) is wide-spread across high-rise buildings across Australia. Following the Docklands’ building fire, a Victorian Cladding Task Force was established to investigate and address the use of non-compliant building materials on Victorian buildings.

In a television interview discussing the most recent incident, a spokesperson representing Owners’ Corporations stated owners needed to look at worse case scenarios versus risk. He followed the statement with “no one actually died”.

While we agree risk doesn’t work for high consequence, low likelihood events, responsible persons need to demonstrate due diligence for the management of credible critical issues.

The full suite of precautions needs to be looked at for a due diligence argument following the hierarchy of controls.

The fact that no one died in either of the Melbourne fires can be attributed to Australia’s mandatory requirement of sprinklers in high rise buildings. This means the fires didn’t penetrate the building. However, the elimination of cladding still needs to be tested from a due diligence perspective consistent with the requirements of Victoria’s OHS legislation.

The big question, beyond that of safety, is whether the onus to fix the problem and remove / replace the cladding is now on owners at their cost or will the legal system find construction companies liable due to not demonstrating due diligence as part of a safety in design process?

Residents of the Docklands’ high-rise building decided to take the builder, surveyor, architect, fire engineers and other consultants to the Victorian Civil and Administrative Tribunal (VCAT) after being told they were liable for the flammable cladding.

Defence for the builder centred around evidence of how prevalent the cladding is within Australian high-rise buildings.

The architect’s defence was they simply designed the building.

The surveyor passed the blame onto the Owners’ Corporation for lack of inspections of balconies (where the fire started, like the most recent fire, with a discarded cigarette).

Last week (at the time of writing), the apartment owners were awarded damages for replacement of the cladding, property damages from the fire and an increase in insurance premiums due to risk of future incidents. In turn, the architect, fire engineer and building surveyor have been ordered to reimburse the builder most of the costs.

Findings by the judge included the architect not resolving issues in design that allowed extensive use of the cladding, a failure of “due care” by the building surveyor in its issue of building permit, and failure of fire engineer to warn the builder the proposed cladding did not comply with Australian building standards.

Three percent of costs were attributed to the resident who started the fire.

Does this ruling set precedence?

Whilst other Owners’ Corporations may see this ruling as an opportunity (or back up) to resolve their non-compliant cladding issues, the Judge stated they should not see it as setting any precedent.

"Many of my findings have been informed by the particular contracts between the parties in this case and by events occurring in the course of the Lacrosse project that may or may not be duplicated in other building projects," said Judge Woodward.

If you'd like to discuss how conducting due diligence from an engineering perspective helps make diligent decisions that are effective, safe and compliant, contact us for a chat.